Surviving Mars is a first person exploration game built with Unity and available on itch.io to download and play. Surviving Mars was originally made for the 7 Day FPS itch.io game jam but then expanded over the course of two more weeks.

The original idea for the project was emulating the various difficulties of surviving in an alien environment with near future technology. I was inspired after watching the MARS short TV series. I was really interested in all the little things someone would have to worry about when living in a constructed home on an inhospitable world and going outside meant dealing with the limitations of a space suit. 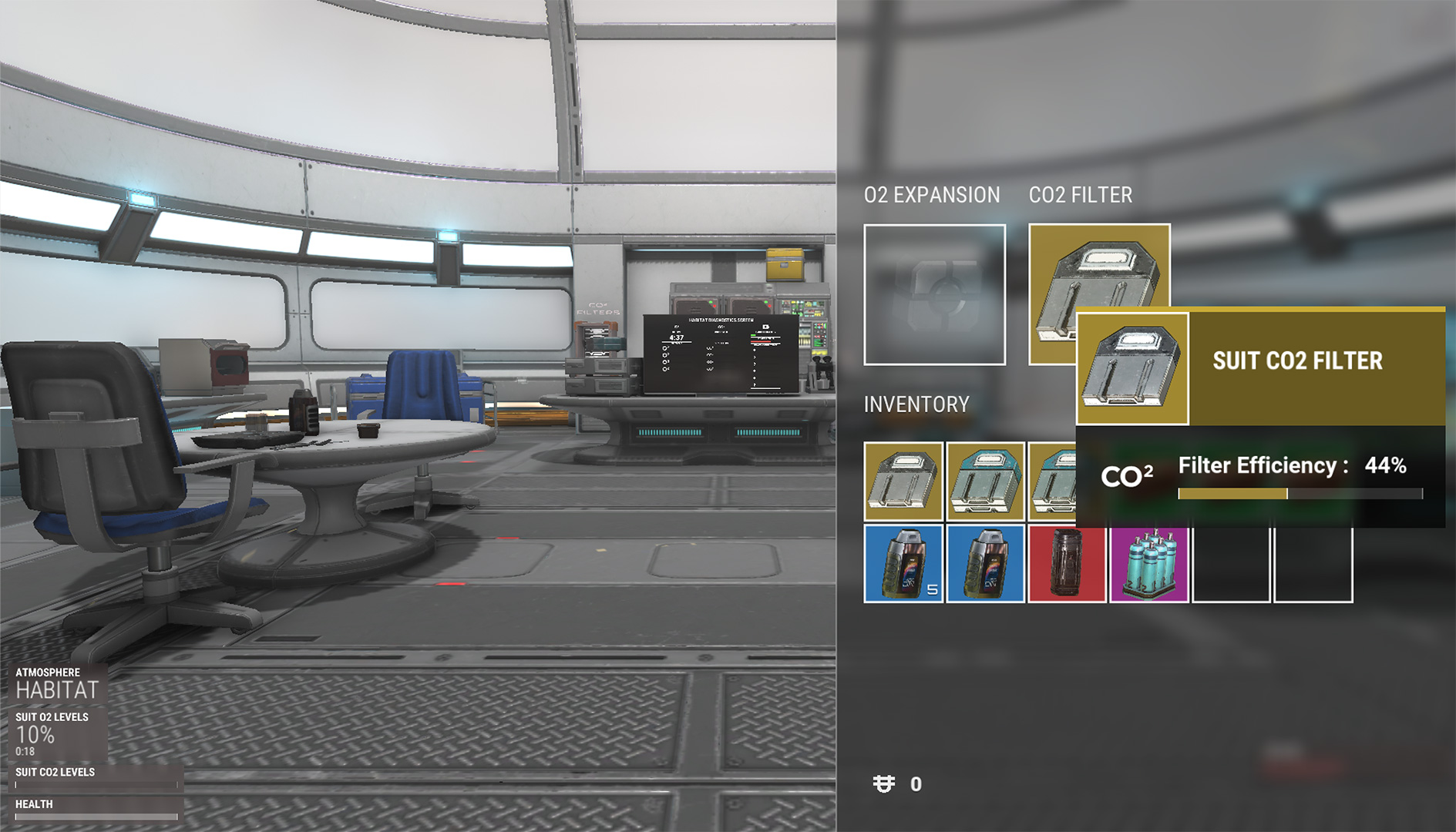 Originally during exploration you'd have to worry about suit oxygen, CO2 buildup and scrubbing, and suit power on top of managing your hunger, thirst, and fatigue. I did a lot of research to figure out realistic values for such things as how much oxygen humans generally consume idly as well as when exerting themselves, how much CO2 we generate, how many calories we burn etc. After playing it became apparent it would be fairly difficult to manage all of these aspects so I cut it down to dealing with your Oxygen, CO2 buildup / scrubbing, hunger, and thirst. I also played with the various 'real world' values to be less realistic, opting for better game feel and balance. 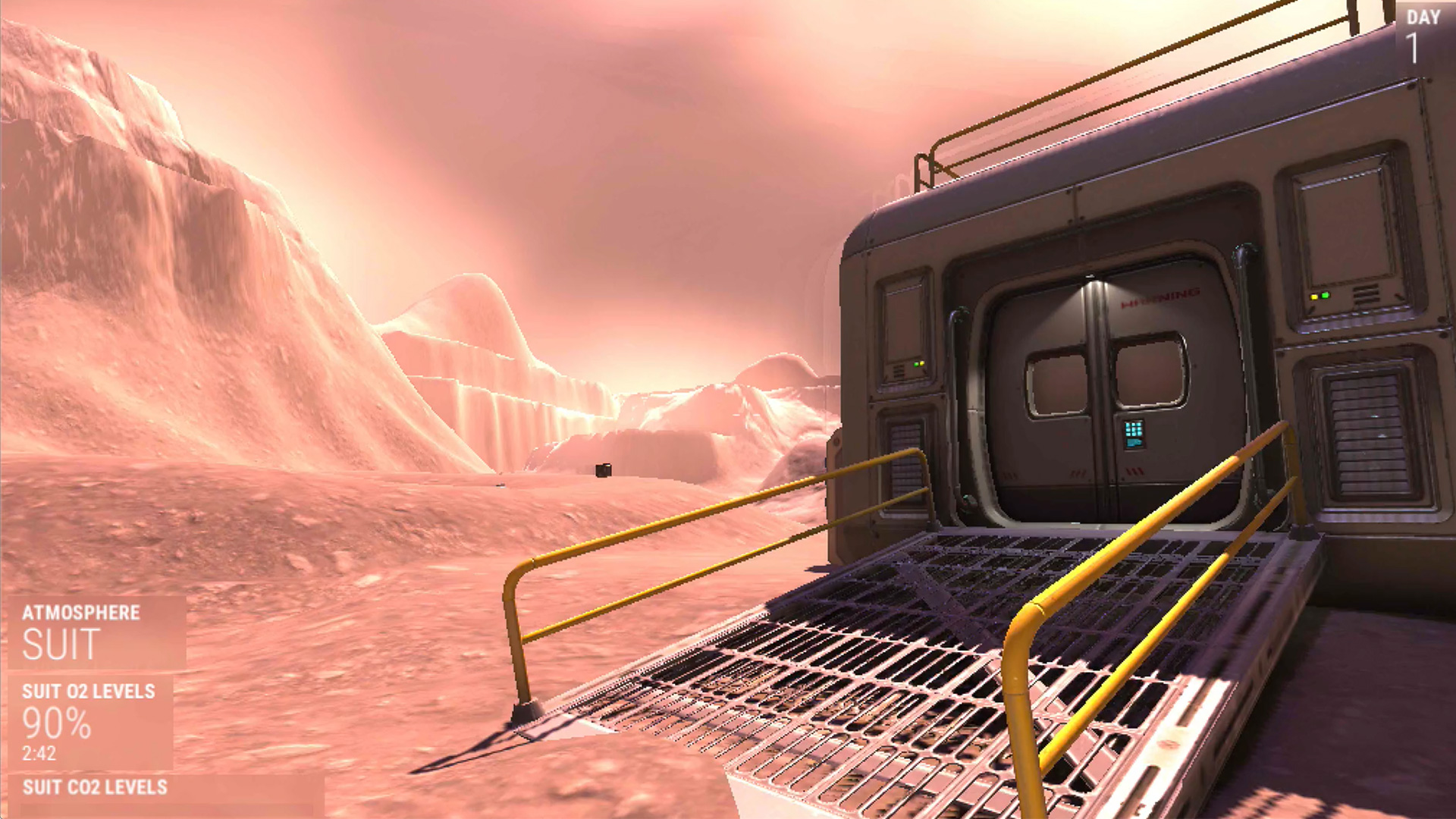 The habitat was another aspect I wanted to play with. I wanted you to have to deal with its power generation / battery power supply as well as oxygen and CO2 supplies. I had originally wanted to play with things such as the decay of your equipment and having to repair things that had either failed or broke due to random 'catastrophic' events. Unfortunately I ran out of time to work on the equipment failure events. The power supply and power generation was simplified to be simply connecting various power generation units to the habitat. 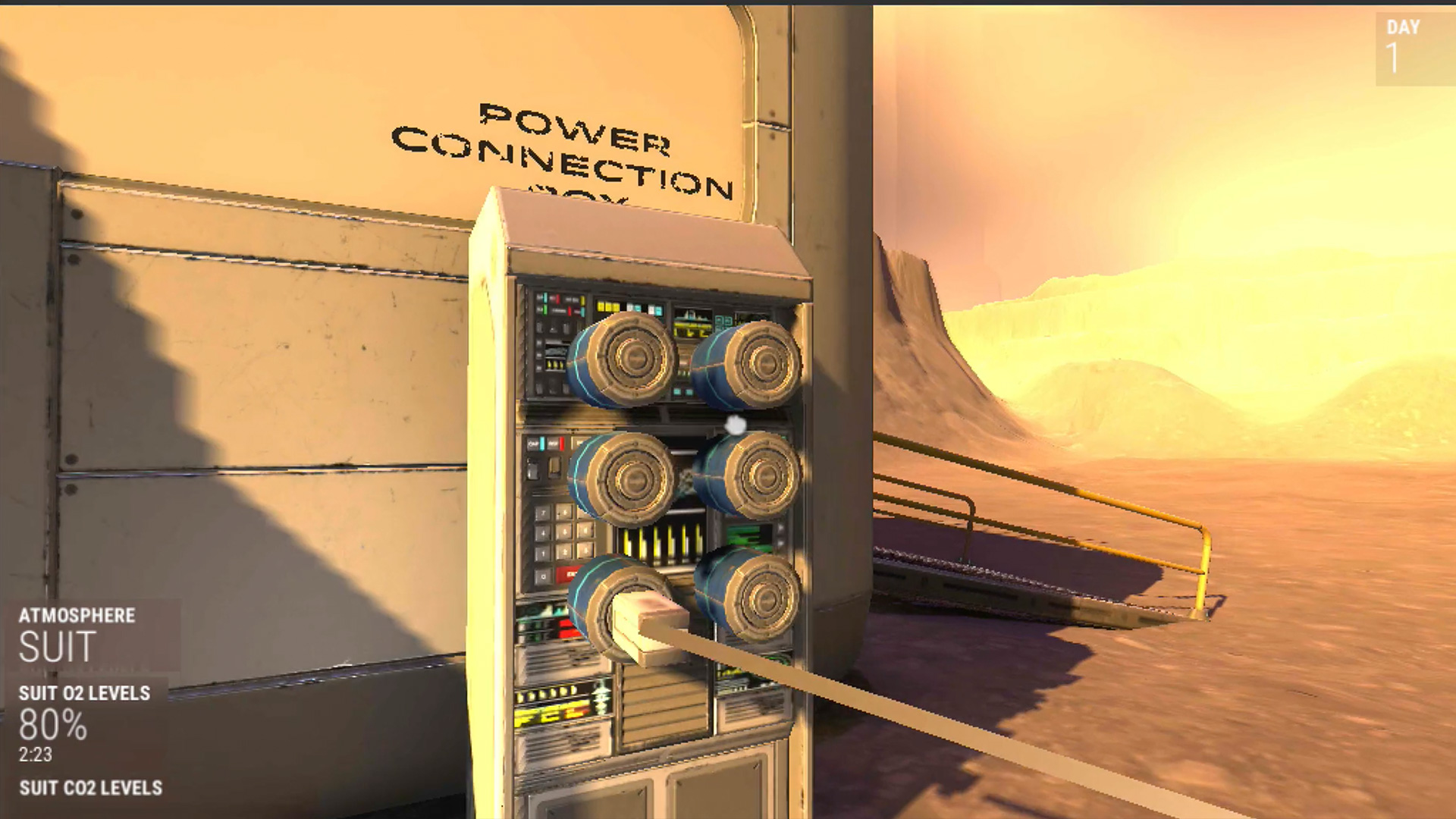 Power is currently a matter of a flat power consumption value and a starting battery level that drains. You overcome this by connecting various power generation units outside the habitat, either solar panels or nuclear reactors. Solar panels only generate power during the day and stop at night where as the nuclear power units continuously generate power. Connecting only 4 units will break even but anything over 4 will begin refilling the battery.

Originally I was going to have a system where you could conserve power by shutting down the various systems such as pumping oxygen, scrubbing CO2, and facility lights. Shutting down the oxygen pumps would mean you'd only have a limited time where you'd consume only the oxygen currently in the habitat and once back online it would refill. The CO2 would build up if the scrubbers were deactivated. By disabling various aspects of the habitat you could conserve power when you weren't inside the habitat or at night. I was also going to play with having to deal with entering and exiting an airlock and pumping in and out air. That was cut.

The habitat was simplified to managing tanks of O2 which gave a flat air volume to consume and the CO2 scrubbers are simply filters that you need to swap in and out as they are used up. 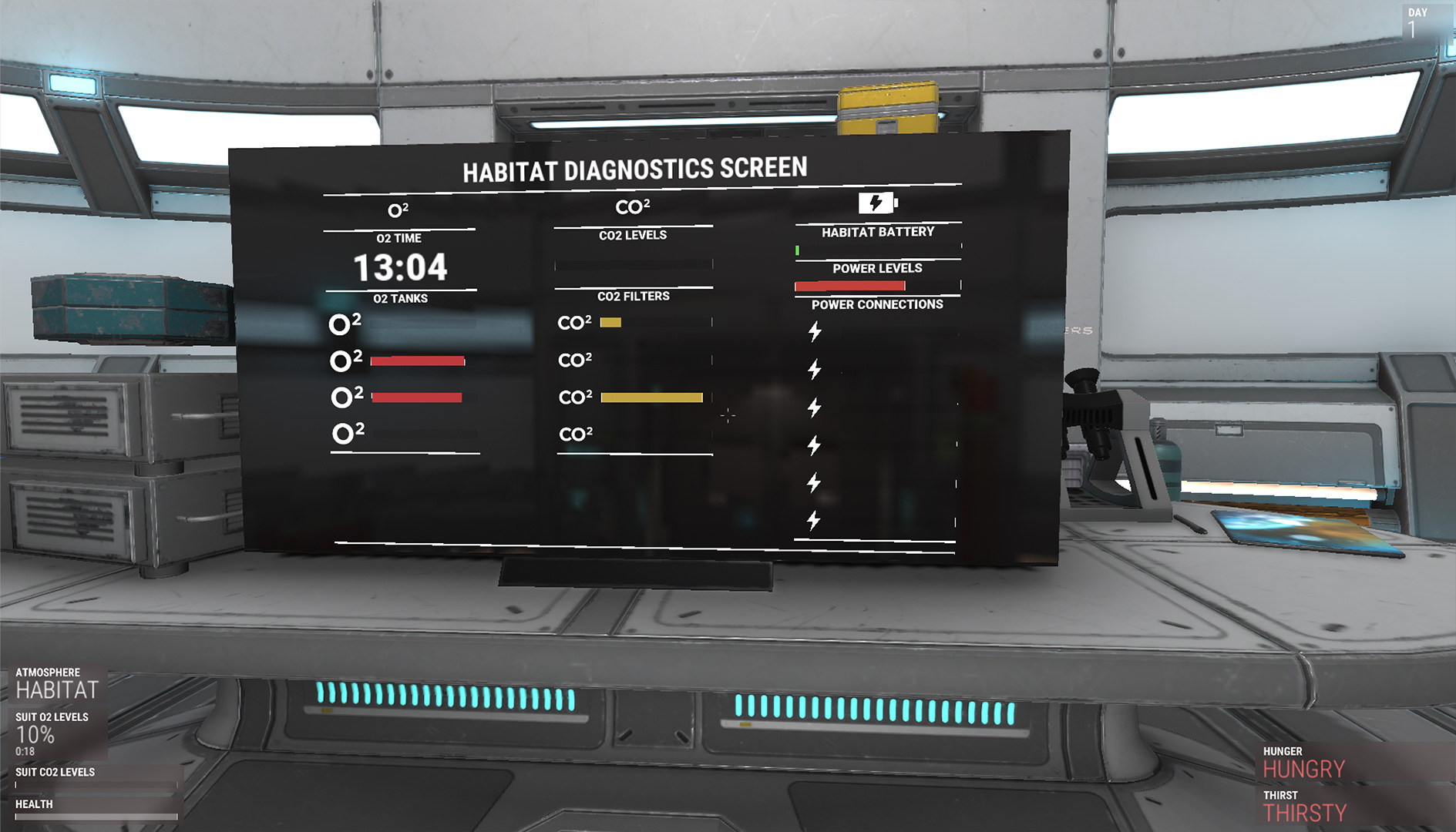 The win conditions are that you survive for 7 days then a rescue ship will land in the far corner of the map where you would win if you made it to the ship.

The game is punishingly difficult still and I have been tinkering with an update to help ease it up to make it a little more fun to explore.

The game can be downloaded and played from itch.io.

Published by Andy in Blog, Games